Fall armyworms (FAW) are here and starting to cause significant damage in some parts of the state. FAW activity in NC generally ranges from late July through mid-October and they can attack many turf species like bermudagrass, fescue, ryegrass, and bluegrass. FAWs are typically more of a problem in areas where the turf has been mechanically disturbed (newly-placed sod, areas of construction) are where new seedlings are growing. Unlike a lot of other turf insects, FAWs can be seen crawling across the turf surface during the day (Fig. 1), although are more likely to shelter in the soil during the hottest times of the summer. These caterpillars are recognized by an upside-down “Y” marking on the head capsule (Fig. 2). 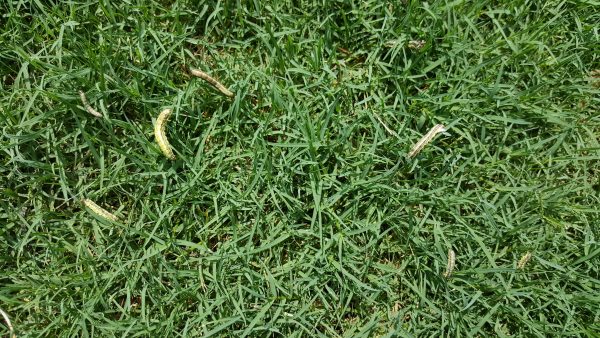 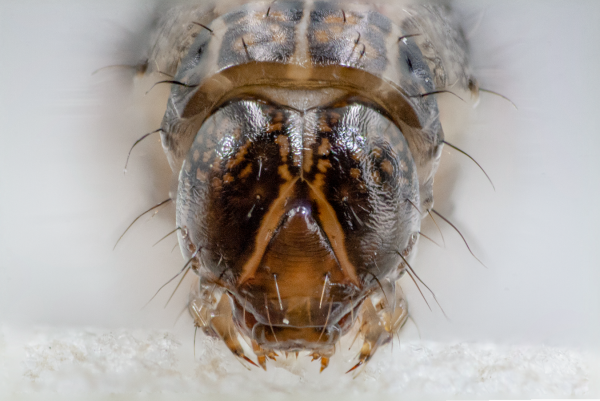 The key to minimizing FAW damage is to correctly identify the problem as early as possible before considerable damage occurs. Insecticides are generally ineffective against large larvae so be sure to note the size of the armyworms before making an application. Large larvae are likely to finish feeding and burrow into the soil to pupate so only treat if larvae are relatively small. Pyrethroids (particularly lambda-cyhalothrin) and carbamates (carbaryl), will provide effective control against smaller larvae. Chlorantraniliprole will also control turf-feeding caterpillars, if applied very early.

For more information on FAW and specific control recommendations, check out the pest info sheet on Turffiles.