Chinch bugs have been increasing in numbers the last two weeks and are causing noticeable damage in warm-season lawns. Chinch bugs are tiny insects that are oval-shaped and have shiny white wings that have distinctive, triangular black markings (Fig. 1). Nymphs are even smaller and will often look orange or orange-brown because they do not have fully-developed wings. 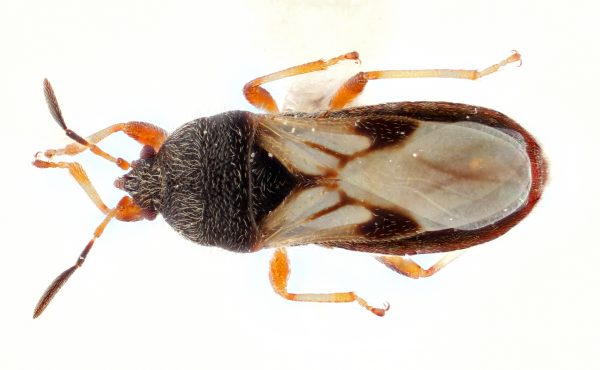 They can infest several warm-season grasses, including centipedegrass, zoysiagrass, bahiagrass, torpedograss, pangolagrass, and bermudagrass, but are primarily pests of St Augustinegrass. Lawns with open, sunny areas are typically hit hardest as chinch bugs prefer hot and dry environments (Fig. 2) . Significant rainfall that increases the abundance of fungal pathogens in a turf environment will help combat chinch bug populations but when it’s hot and dry, their numbers go unchecked. 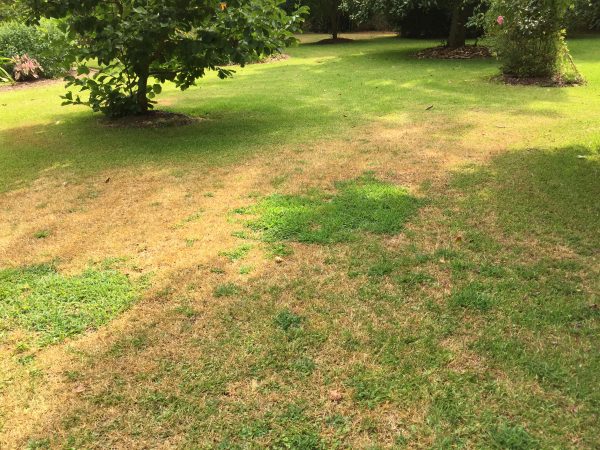 If you suspect you have a chinch bug infestation, part the grass at the edge of the affected (yellowing, wilted) areas and examine the soil and base of the turf. Be sure to check in several places. To cover large areas, you can also try the Vacuum Sampling Method detailed on NC Turf Bugs. For specific control recommendations, check out the Chinch Bug Pest Info Sheet on Turffiles.