May is usually our craziest time for ABW activity, both in terms of adults and larval damage. This year, despite the crazy weather fluctuations, will be no exception. Sites in the southwestern part of the state typically spray around the third week of May and this week in the Cashiers area, we are starting to see symptoms of larval damage in previously-infested areas. Both early (Fig. 1) and late-instar larvae have been recovered from damaged areas which is likely due to the drawn-out, prolonged adult emergence that started in February and peaked at the end of April. Cold temperatures the week of May 6-12 also likely temporarily paused or delayed ABW activity in certain areas. At our northwestern sites, we have not yet heard reports of ABW damage but adult activity typically picks up around the last week of May so it’s important to keep an eye out over the next few weeks. 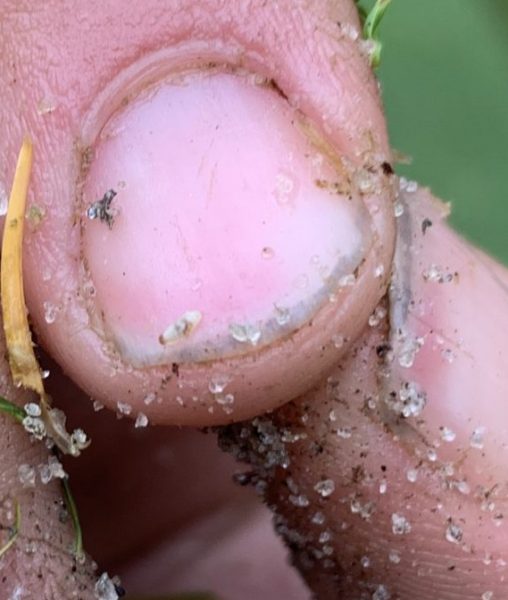 Need a refresher on how to look for ABW? Check out the video below.

Need more info on ABW? Check out the ABW page on Turffiles.

Annual Bluegrass Weevils are back! Get Ready for Fire Ants