Although we posted an alert on fall armyworms (FAW) in late July this year, they are still a major problem in some areas. Fall armyworms are often recognized by the distinct, upside-down “Y” marking on the head capsule (see pic) but, unlike other turf insect pests, the damage itself can easily be diagnosed. FAW in North Carolina can attack many turf species like bermudagrass, fescue, ryegrass, and bluegrass but are capable of causing damage in any turf if populations are high. Newly-installed sod or turf that has been mechanically disruptive is often more susceptible to damage than established turf. Since these insects move across the turf surface as a group, damage will create distinctive lines between consumed leaf tissue and undamaged areas. Larvae are active for 2-3 weeks then dig into the soil to pupate and emerge as adult moths in about two weeks. Several generations occur each year in North Carolina so multiple applications may be necessary. 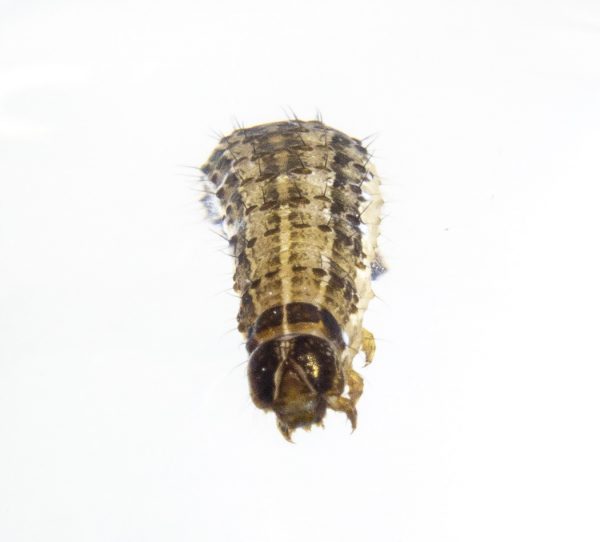 Fall armyworms can be more difficult to control than other caterpillar pests (true armyworms, black cutworms). When possible, mow and lightly irrigate the turf prior to treating. Insecticides are generally ineffective against large larvae so be sure to note the size of the armyworms before making an application. Large larvae are likely to finish feeding and burrow into the soil to pupate so only treat if larvae are relatively small. Pyrethroids (particularly lambda-cyhalothrin) and carbamates (carbaryl), will provideeffective control against smaller larvae. Chlorantraniliprole will also control turf-feeding caterpillars, if applied very early. For additional nformation, consult the Turffiles Pest Info Sheet on Fall Armyworms or the North Carolina Ag Chem Manual for specific control recommendations.

How do you know the truth? Crane Fly Alert!