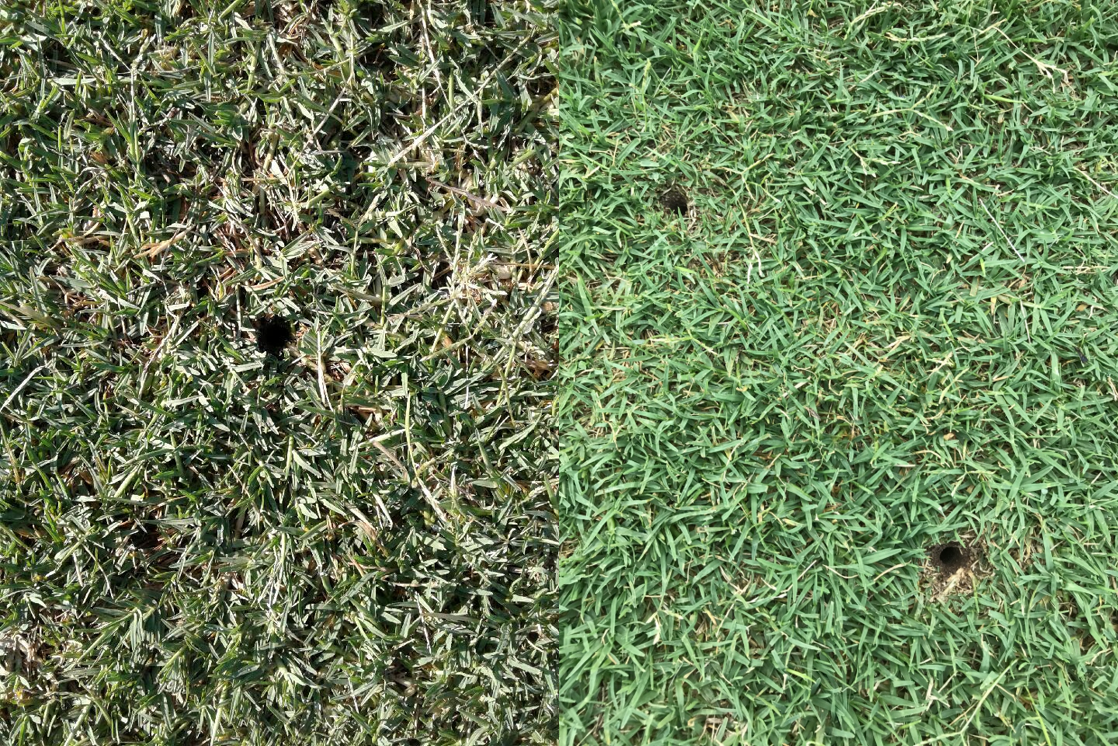 Does this damage look familiar? In managed turf, the small, perfectly round emergence hole is often a sign of black cutworm damage. However, when research specialist Brian Royals applied soap flushes to the area, there were no caterpillars to be found.

After investigating further, it appeared that there were actually two different kinds of damage. One type of hole had the diameter of a pencil eraser and clearly defined boundary, very similar to cutworm damage. These holes were created by tiger beetle larvae, beneficial insects that create burrows and wait for smaller insects to walk across and be eaten. The other kind of damage seemed larger and more irregularly shaped. These were caused by sugarcane beetle adults exiting the soil at night to mate and feed.

There are a lot of options for sugarcane beetle control, but you need to make sure you target the early season populations as opposed to the fall populations. Tiger beetles are predatory insects and considered beneficial. Having these insects near the turfgrass area can actually help reduce pest populations so chemical control is usually not recommended.